Ron Holland and The Rising Sons

The Rising Sons were one of the most popular Granite City bands of the 1960s, and native Ron Holland founded and then played bass for them for most of their run. Local bands have a limited life span. For members who rotate in and out of the line-up, the life of the band is just those years. Through circumstance beyond Ron’s control his band outlasted his membership, but he remembers the band that he played in. 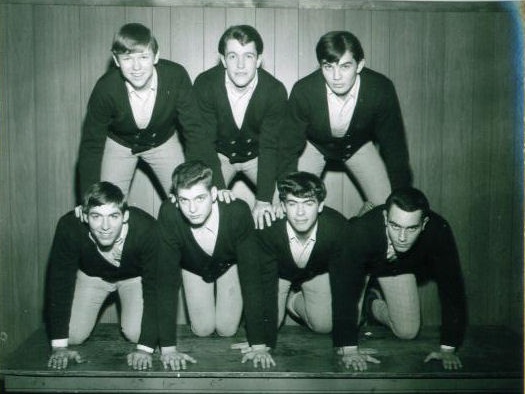 The members of the Rising Sons in the 1960s
From Greg Bishop of The Metro St. Louis Live Music Historical Society

Unlike a lot of rock and roll stories from the 1960s, the tale of The Rising Sons does not begin with The Beatles on Ed Sullivan. It begins in 1962 when a shortage of baseball teams in Granite City forced Ron Holland to find something to occupy his time through the hot Midwest summer. Ron remembers, “I was around fifteen. It was the first year that I couldn’t play baseball, didn’t have a team to get on and there happened to be my uncle’s old acoustic guitar that was in our garage…A friend of mine could play a simple melody of Tom Dooley or some old folk song and he showed that to me and I started playing and I thought well that was fun. I didn’t have anything else to do for the summer so I started playing around with that thing and took a few lessons. And kept on playing.”1 Ron took lessons in downtown Granite City from a teacher named Keith and purchased his first electric guitar, a red Dwight, from Sonny Shields Music Store in East St. Louis. To learn songs Ron would “go down to Jack Johnson’s Music Store in Granite City and buy sheet music. I bought a song called Abilene (by George Hamilton IV) songs that were hits, you know, on the radio.”2

The summer of 1962 was more than a year away from the British Invasion so Ron spent that summer learning surf music that Ron. “The Ventures were big then, this was pre-Beatles. The Ventures were playing, this was around 1962. [I] started trying to play Wipe Out [The Ventures] and Apache [The Shadows] and things like that…Pipeline [The Chantays]. Instrumental guitar songs. From there I eventually tried to create a band.”3 Luckily he had two brothers with the same desire. Ron taught his twin brother Don how to play guitar. “He didn’t take any lessons but I taught him. I taught him chords, so I tended to play the lead and he played rhythm. My younger brother, Gary… had already been taking piano lessons. We got together with another guy, Gene Hudson, who we knew through a church. He had been playing for quite a while. He was a better lead player than me so I switched to bass. And somewhere along the lines we picked up a drummer. And the name of that group was The Dimensions…our first job was at a grade school in Mitchell, Illinois…We probably didn’t make but five dollars apiece or so.”4

The center of teen life in Granite City was Teen Town, a weekly dance held in the downtown YMCA gymnasium on Saturday nights beginning in 1943.5 Teen Town began as a record spin but at some point it began to feature live bands. This may have had something to do with the explosion of Beatlemania. Ron remembers a surge in the number of bands after The Beatles crashed into the American market, “we first started becoming aware of [The Beatles] late in ’63, was when they started playing Beatles tunes in this country. And that’s the thing. Once they hit, oh everybody wanted to be in a band then. Even guys who hadn’t started playing yet. But we were fortunate because we had already been playing for a couple of years. Anyway at least we could do a little bit.”6

The Dimensions played Friday nights for the junior high crowd. “We played a junior high dance at The Y in Granite City which was on Friday nights. Saturday nights was the high school kids but we played the junior high. [We had to play] four hours. We repeated a few. You always say ‘We had a request to do this one again, whether or not, everybody does that.”7 The Saturday night shows featured another Granite City band, The Coachmen.

The Dimensions continued to play through the summer of 1966 after Ron and Don graduated from Granite City High School. That year more than 300,000 Americans were drafted into military service, and in August Ron’s brother Don, who did most of the singing, got his notice and left the band for the US military, and was eventually stationed in Thailand. The Dimensions continued on for short time with a new singer, Jim Simpson.

1966 brought some attention to the St. Louis music scene. In February the local band, Bob Kuban and the In-Men, reached #12 on the Billboard Charts with “The Cheater”.8 Also in 1966 The Coachmen broke up and keyboard player Rich Hodshire approached The Dimensions about forming a new band to play Saturday nights at the YMCA. Ron remembers Rich being the one with connection to the YMCA and key to playing Teen Town. Ron remembers that with the addition of “Denny Henson, who was a really good singer… that was The Rising Sons.”9 The new band played their first show on a Saturday night in December of 1966 at Teen Town.

With Denny Henson on vocals, the new band was able to expand their set and include a wider range of Top 40 songs. Along with a change in their set list, the band began playing outside the confines of Teen Town and Granite City. For the next two years The Rising Sons and Ron Holland played most weekends. They played at a teen dance in Steelville, Illinois and at Rainy Days in St. Charles, Missouri. They also booked shows at The Castaway in St. Louis where they had their closest brush with fame. One night the band was asked to open for an out of town southern blues-rock band called The Allman Joys. Ron remembers being impressed with this band. They “were playing the Southern blues then. We watched them and we were in awe.”10 Less than two years later the Allman Joys would become the Allman Brothers. 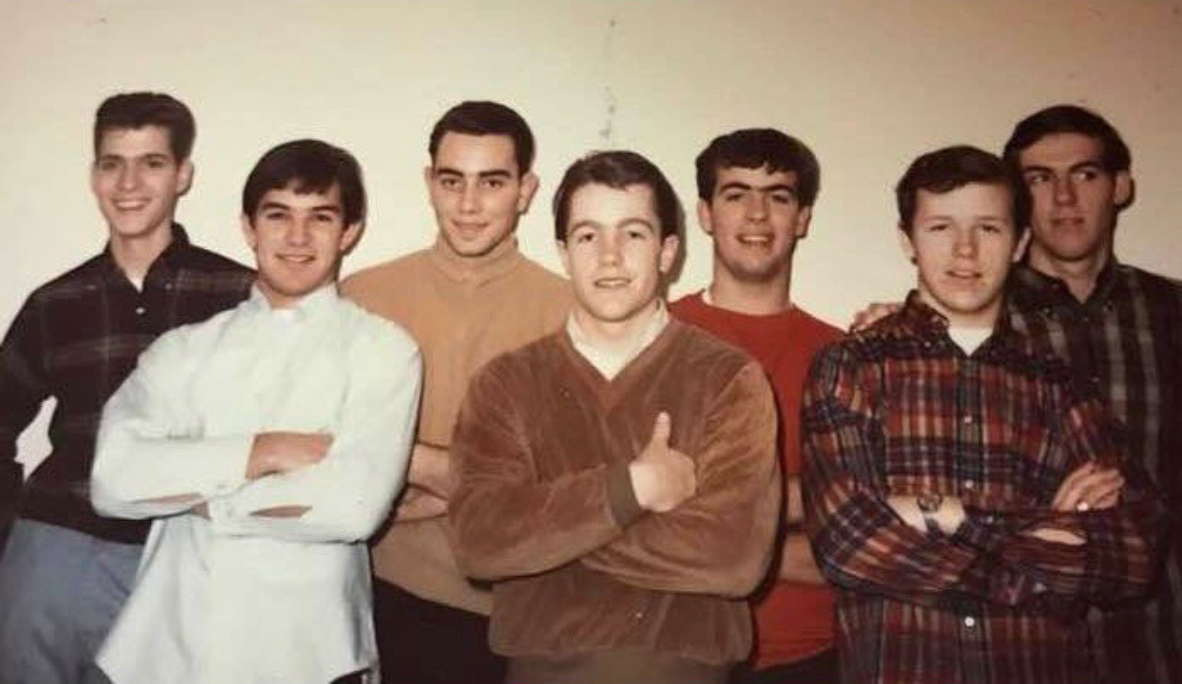 The members of the Rising Sons in the 1960s
From Greg Bishop of The Metro St. Louis Live Music Historical Society

As the band expanded their set list and the clubs they played, they never took the step of writing and playing their own material. Ron’s response when asked about their decision not to play originals was, half-jokingly, “It’s probably hard to do.”11 Looming over the band, and all young people in 1968, was the war in Vietnam and the draft. Although Ron does not remember that being a major factor in their decision to avoid writing original songs, he does remember it being a presence in the band. When asked about the draft Ron remarked, “I think we knew we were somewhat limited in what we could do. Plus under the circumstances with the what going on and people going in the service we were just trying to hang on.”12

For Ron, The Rising Sons lasted just short of three years. In recalling his own timeline with the band Ron said, “our first job was December of ’66 and we played through ’67 and then I played through August of ’68. August of ’68 was when I went in the service.”13 Two weeks after getting his draft notice in the mail Ron out of the band and off to basic training and Vietnam. Ron does not recall a farewell show. The band continued on for a couple of more years, part of that time with Ron’s younger brother, Gary, who was also eventually drafted, playing keyboards. Ron remembers that after he left, the topic of the band was never discussed between the brothers.

There has never been discussion of a band reunion, and Ron does not keep in close contact with his former band mates but considers them friends nonetheless. In regards to his former band Ron said, “You always have a connection with them, when you see them it’s like you are forever friends.”14

Cite this article: Greg Kessler, "Ron Holland and The Rising Sons," Madison Historical: The Online Encyclopedia and Digital Archive for Madison County, Illinois, last modified May 7, 2020, https://madison-historical.siue.edu/encyclopedia/ron-holland-and-the-rising-sons/.
We are always committed to accuracy in our articles and archive items. If you notice a mistake or have a suggestion, please contact us.