The Charles Gravius Memorial Library in Marine, Illinois, located on 202 E. Silver St., provides local residents with a free public library ranging from books for children and adults to local history books. Open two days a week, Tuesday nights and Saturday mornings, it is a non-tax funded, volunteer-run library. This building has a rich history dating back to women’s suffrage, progressing with the town and its needs throughout the twentieth-century. 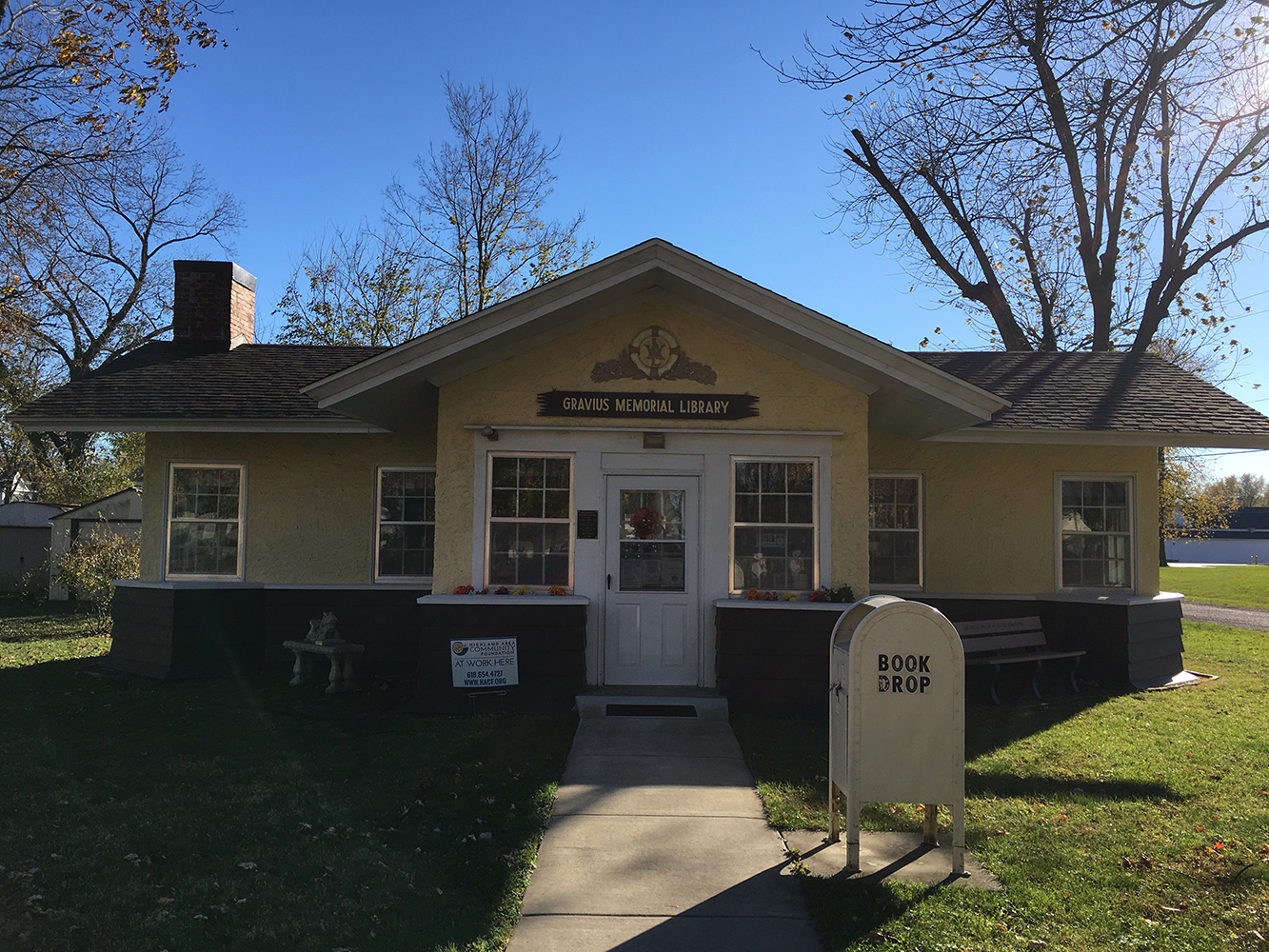 The building was originally built in 1910 as a chapter house for the American Woman’s League (AWL).  Of the 258 chapters created for the AWL, only 39 buildings were constructed before 1911 when Edward Lewis, the founder of the AWL and publisher of women’s magazines, developed money problems. The intended purpose of the organization was to provide a space for social, educational, and culture activities that promoted women’s suffrage.1 Madison County was in a unique location because the AWL originated in St. Louis, Missouri, resulting in Marine, Alton, and Edwardsville gaining knowledge of the AWL and building their chapter houses quickly. While many houses were built in Missouri, the closeness of St. Louis, especially with train access, made constructing chapter houses quick and less expensive.  There were five classes of chapter houses erected:2

Marine was a Class I house, which was the smallest membership. The Jeffress Chapter of Marine was named after A.W. Jeffress, who donated land for the building.4 Members of this chapter included:

The AWL borrowed their organization colors from the British suffrage movement of purple and white because their vibrancy made them easy to recognize.7 The buildings were based on a Prairie School design with Mission furnishings. Art was also a main part of the AWL, so the building came with a kiln to encourage ceramic pottery.8

After the American Woman’s League disbanded in 1912 when Edward Lewis’ publication empire failed due to financial problems, the League continued working for their right to vote.9  In 1935, the Works Progress Administration, under Franklin Delano Roosevelt, transformed the chapter house into a library. After the leader of the library Charles Gravius died in 1938, his sister Emilia Gravius donated the building and funds to maintain it as a library.10

By 1975 Emilia Gravius’s donation was running out and the community kept the library open through various projects until Miss Ella Henze endowed the library, allowing it to remain open.11 The building was placed on the National Register of Historical Places in 1980 after it was remodeled with updated modern technologies such as plumbing, indoor electrical heating, and lighting.12 The library hosted various events throughout its history, from 4-H meetings to school band practices. 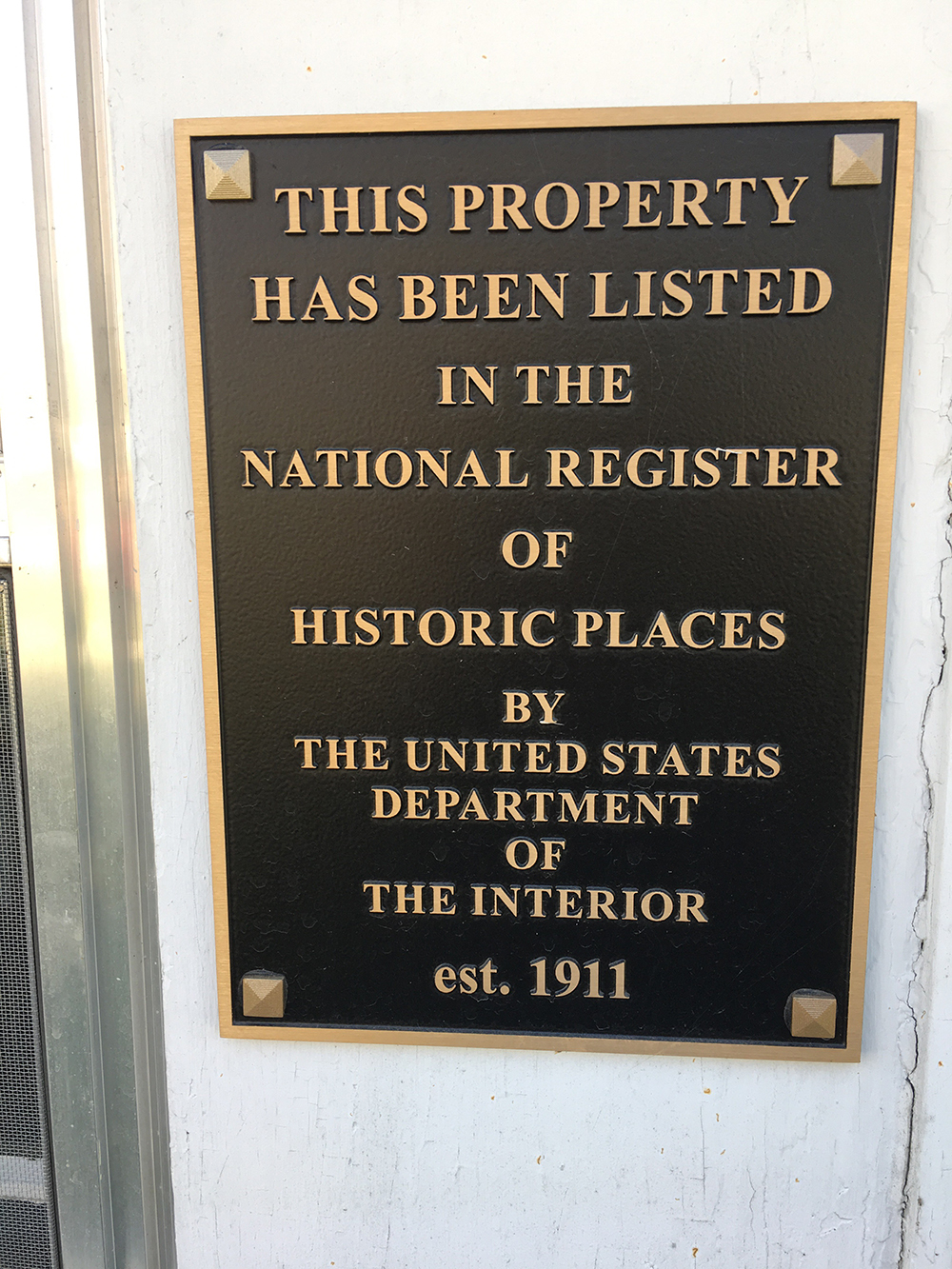 Cite this article: Jessica Mills, "Charles Gravius Memorial Library," Madison Historical: The Online Encyclopedia and Digital Archive for Madison County, Illinois, last modified February 5, 2019, https://madison-historical.siue.edu/encyclopedia/the-charles-gravius-memorial-library/.
We are always committed to accuracy in our articles and archive items. If you notice a mistake or have a suggestion, please contact us.