The Stephenson House, located at 409 S. Buchanan Street in Edwardsville, is a classic Federal-style brick home. It was built through the labors of area craftsmen and the indentured servants owned by Col. Benjamin and Lucy Stephenson. When the home was completed in December 1821, the cost to build the house was $570.

Stephenson’s home took more than a year to complete. Many local materials were used in its construction, including clay and sand dug from a local quarry to produce the bricks. Probably all of the bricks were made on site by the indentured servants and their children, owned by the Stephensons. It is estimated that the house and kitchen is made up of approximately 92,656 bricks.

The 220-acre farm was located in an area of town known, at the time, as Upper Edwardsville. The property stretched from modern-day Sherman St. to Hwy 157 (just past Lincoln School) and from Jefferson Road to Schwarz St. Col. Stephenson purchased the property from John Robinson, whose home was located where the City of Edwardsville Public Safety building now stands. The original house consisted of six rooms: a two-story section with a parlor and dining room on the lower level and two bedrooms above, and a small kitchen at the back with a small room above.  Other buildings known to have been part of the farm include a large barn, brick privy, smokehouse, a well house, and a small log cabin.

The Stephenson House has had many occupants since its construction.  After Col. Stephenson died in 1822, Lucy lived in the house for 12 more years. Once Lucy moved to Carlinville, IL, she sold the house to her close friend Elvira Edwards (Ninian Edwards widow) in 1834 for $2000. In 1837, Elvira Edwards sold the property to Thomas K, Birks who only owned the property for two years and then sold it to Philip Fix. Caroline Fix Wolf purchased the home from her father for $1 in 1845 and the Wolf family lived there until 1902. During their residency, the first major remodel of the house occurred. In an effort to increase living space, the Wolf family removed the original back section of the house, which was only a story and a half, and added a larger two-story section. 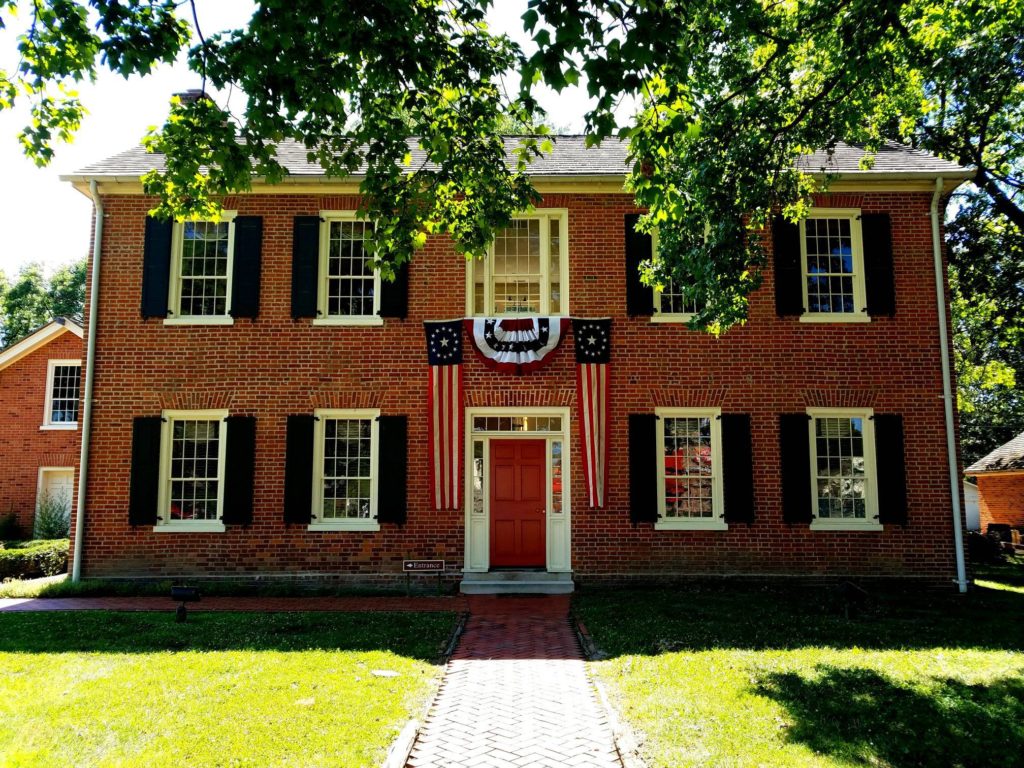 The house had six owners in the 20th century: the Dickmann family (1902-1941), Mr. and Mrs. Elmer Waltrip (1941-1943), Misses Stella and Ione Berry (1943-1975), Rev. Stephen Weissman (1975-1982), Sigma Phi Epsilon fraternity (1982-1999), and the City of Edwardsville (1999-present). Each new owner brought more structural changes to the house.  The Dickmann family widened interior doors to eight feet causing structural issues since all the walls are solid brick and load bearing.  A steel beam had to be added to the floor of the second story to help stabilize the structure. The new doorways also required the original stairway to be reversed to exit toward the back of the house instead of the front door.  Additional changes over the years include closing off the second floor of the back section to create an apartment, adding exterior doors to the north side of the dining room, creating a small hallway leading from the second story landing to the back section, removing the back stairway, and adding a front porch.

Restoration to return the home to its original 1820 footprint began in 2000 by the Friends of Col. Benjamin Stephenson House; a not-for-profit organization in charge of the management of the project and later the site. Every effort was made to save as much of the original detail possible. All four mantles and much of the wood trim survived, enabling the restoration committee to analyze the various layers of paint to return the woodwork to its original 1820 colors.  Unfortunately, extensive termite damage and decades of structural issues took its toll and the house had to be gutted in order to make repairs. The final cost of restoration was 1.5 million dollars. 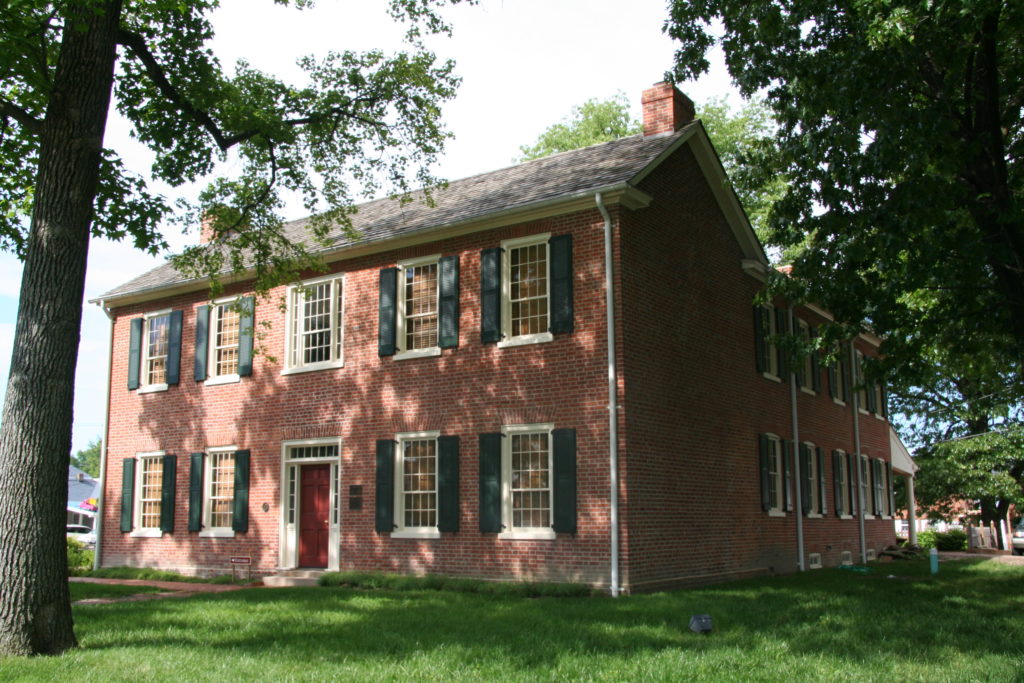 Stephenson House is now a living history museum listed on the National Register of Historic Places. The historic site is significant on a regional and state level. The Illinois State Historic Preservation Agency lists it as one of only a handful of Illinois homes build in the first half of the 19th century that remain. It is also the only home of a signer of the Illinois Constitution still standing, and it is considered the oldest brick home in Madison County.

Cite this article: RoxAnn Raisner, "The Stephenson House," Madison Historical: The Online Encyclopedia and Digital Archive for Madison County, Illinois, last modified March 4, 2019, https://madison-historical.siue.edu/encyclopedia/the-stephenson-house/.
We are always committed to accuracy in our articles and archive items. If you notice a mistake or have a suggestion, please contact us.